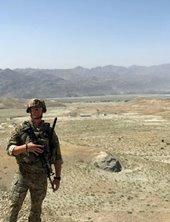 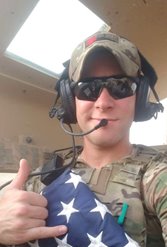 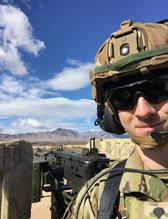 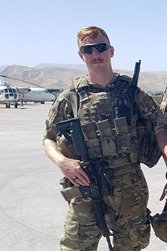 This Veterans Day, Waupaca Foundry honored team members who have served and are still serving in the military. Service and sacrifice are never easy, though, and in late 2018, Waupaca Foundry team members Sheldon Goggins, Joseph Thyssen, Nathan Kaminske and Charles Geriba IV answered the call of duty and were deployed to Afghanistan.  A part of the Wisconsin Army National Guard's Appleton-based 2nd Battalion, 127th (Red Arrow) Infantry, with nearly 400 additional soldiers, the men were sent off in commemoration at Lambeau Field in November 2018, surrounded by friends and family.

In a Fox 11 News interview that covered the event, May. Gen. Donald Dunbar said, “It's an awesome responsibility and I couldn't be prouder of these men and these women.”

According to the same report, 2018 marked the Red Arrow's second century of service. The 127th made history as the first Red Arrow unit that deployed to Afghanistan.

While overseas, the men will support NATO's Resolute Support Mission.

"It is remarkable to think that we have four of our team members, who all serve for the same US Army National Guard infantry unit, on the ground in Afghanistan right now," -Todd Pagel

“I am thankful for our team members who are serving on active duty. It is remarkable to think that we have four of our team members, who all serve for the same US Army National Guard infantry unit, on the ground in Afghanistan right now. I am also thankful of the support that Waupaca Foundry provides for all active duty service members and all who have served our great country," Waupaca Foundry Plant Manager, Todd Pagel said.

Waupaca Foundry is proud to employ the men and women who have served our country. In fact, 10 percent of our employees have served in uniform. We thank you for your service.
#veteran #veterans #waupaca