Waupaca Foundry's Joey Leonard assisted the American Foundry Society (AFS) Pennsylvania contingent by awarding the Metalcasting Industry Eagle Award to United States Senator, Pat Toomey (R-PA). This award is presented annually to lawmakers who support policies in Congress that enhance the ability of U.S. foundries to create jobs and innovate, as well as those who fight back against burdensome and costly regulations that hinder metalcasting industry growth. The annual event hosted by AFS was held at its Government Affairs Conference in Washington, D.C. on May 18, 2016.

Senator Toomey's district is located in eastern Pennsylvania. The district stretches from the suburbs east of Harrisburg to communities east of Allentown and the New Jersey border. Eastern Pennsylvania has a rich manufacturing history and is home to over 15 Metalcasting facilities, including our ductile iron foundry in Lawrenceville, PA and machining and assembly facility in Wellsboro, PA.. 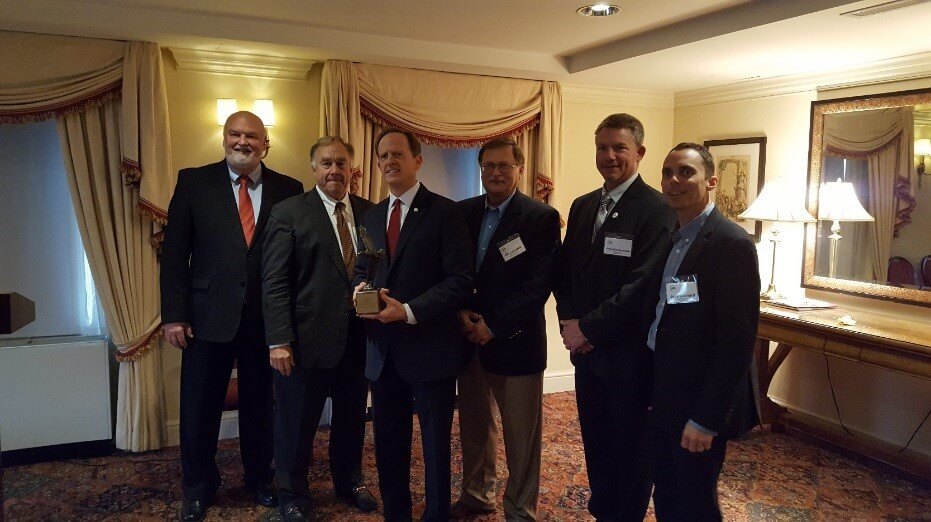 Senator Toomey has been a strong ally and supporter of the foundry industry. Primarily Toomey has assisted the industry by fighting for an increase of tax relief and decrease of regulations so both Metalcasting industries and other manufactures can thrive.

The American Foundry Society is a not-for-profit organization formed in 1896. With its headquarters in Schaumburg, Ill., AFS provides members and consumers with information and services to promote and strengthen the metalcasting industry.